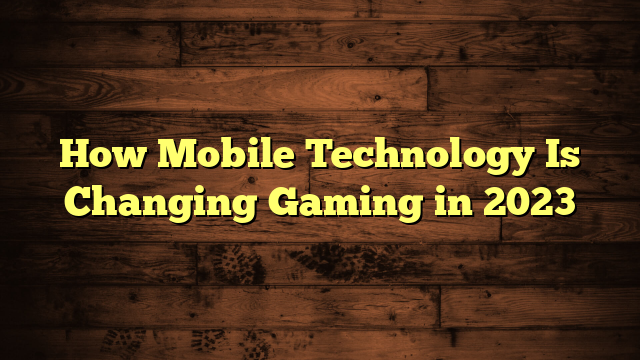 Between 2020-2024 the mobile gaming industry is expected to grow by more than $44 billion with the number of worldwide mobile gamers at around 2.8 billion. Whether you are on your commute to work, sitting down for a coffee, or even at a bar; if you look around you will likely see someone mobile gaming.

Part of the reason that it has become so popular is down to the advancements in technology since the early days of mobile phones. Touch screen, vaster dater coverage, and better broadband have also aided its growth.

Studies show that an incredible 90% of adults now own a smartphone with 95% of them using them daily. With most of the adult world having the ability to play, it is only normal that they explore their options on the app store.

And there are options aplenty. We have come a long way from Snake on your Nokia 3310 and touchscreen smartphones have enabled some of the most immersive gameplay experiences ever.

Candy Crush Saga remains one of the most popular games of all time, however, its simplicity is not quite a testament to just how far we have come. Pokémon Go is where many will look to this end.

The interactive online game of one of the most popular anime franchises of all time became a pop culture phenomenon upon its release in 2016. The game has now reached way over one billion downloads and counting.

Its interactivity was its main selling point. You can battle with friends, travel the world collecting different characters, and use your environment to catch them.

It was one of the first mobile games of its kind and we are likely to see its influence for years to come.

Another popular mode of gaming on your mobile is through online casino. As casinos have made the move from land-based to online their games have evolved to be more immersive with great aesthetics.

This has also created an extremely competitive industry with thousands of gambling providers available online in many regions. Whether you enjoy slots, bingo, or traditional table games, there is something for everyone in an online casino and the technology around it is ever-improving.

This is why we are now able to play live casino games on our phones. If you are unfamiliar with the concept, it could not be more straightforward to play.

A live dealer is broadcast live from a studio or casino and streamed onto your phone. You can play roulette with a real wheel, blackjack with real cards against real players and a whole host of exclusive games depending on your casino of choice.

Mobile gaming has paved the way for improvements in speed and loading times for broadband and data. 5G data connection is now just as fast if not faster than our average broadband connection which has allowed for a much smoother gaming experience.

Screens and retina displays have also improved. This means that some smartphones are now capable of displaying 4K graphics like your TV or PC monitors could, making for incredible graphics in the palm of your hand.

READ:  How To Win Wordfeud Games

It has also paved the way for phones with bigger storage capacity. As games have become more in depth and gained better aesthetics, the size of the files has of course needed to increase. This is partly why so many smartphones have hundreds of gigabytes of storage capacity.

The future of mobile gaming looks very bright, and we can expect even more improvements across the industry. The rise in popularity of eSports means that we are certain to see full mobile gaming competitions in time.

It is also likely that eSports will become more accessible. Whilst most competitions are played via consoles, there will come a time when the industry takes notice of mobile gaming.

We are going to see even more improvements in the near future, especially with the VR capabilities of smartphones now.

Mobile gaming has created thousands of opportunities for not just its own sector but the gaming industry as a whole. One of the most lucrative industries in the world, it seems this may only be the start of what is to come. 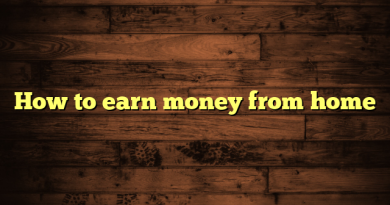 How to earn money from home