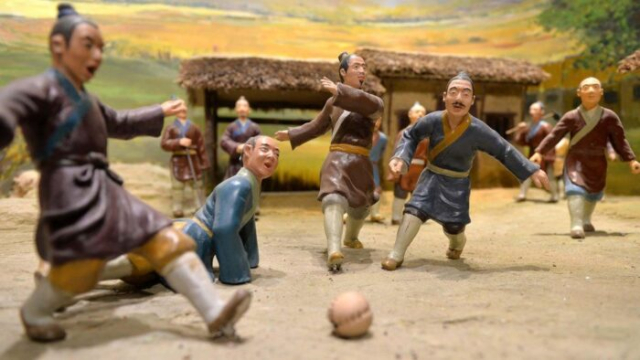 Undoubtedly, football is the most recognized sport in the world and miles ahead of any other sport. The level of following and craze among fans is insane. The fandom is not only related to big clubs or national teams, as even small nations express a high level of enthusiasm for their respective teams.

The ongoing world cup in Qatar is evidence of the popularity of the game. Despite being the first world cup in the Middle East, the numbers are staggering, and every game is almost sold out.

The upsets in the group stage matches took the world by storm and attracted more attention. The World Cup is in the knockout stage, and it’s the best time to explore Fanduel for exciting matchups.

Today, let’s talk about crazy facts about football that you probably didn’t know. The history of football dates back 2000 years and links China, Greece, and some parts of Central America. However, it was England who changed the game and introduced a set of rules, like forbidding the use of hands and tripping opponents.

Now, let’s look at 16 crazy football facts that would blow your mind.

1. Football was called Cuju and was first played in China, interestingly the Chinese football team is ranked very low and has only qualified for one FIFA World Cup.

3. The world’s oldest football club is Sheffield F.C. of South Yorkshire. The club was founded in 1857, and despite being the oldest, it could not compete in the Premier League and played in the Northern Premier League Division one.

4. No one has been able to break Stephan Stanis’ bizarre record since he scored 16 goals for Racing Club de Lens in December 1942. There have been many attempts to break it, including Hacene Lalmas’ 14 and Archie Thompson’s 13.

5. Argentinian Ricardo Olivera scored the fastest goal in just 2.8 seconds in 1998. He broke the record of the English player Colin Cowperthwaite, who scored a goal in 3.4 seconds in 1979 against Kettering.

7. Usually, the names of football clubs are shortened to make them memorable, like Man U or Barca. However, there’s a club in the Netherlands with the most number of letters in a name. It’s often called NAC Breda, but officially the name has 83 letters. Perhaps only the locals can remember and pronounce the name.

8. It may sound impossible, but in 1988, Mark signed with Bayern and was due to play against Czechoslovakia in the Euro qualifier. On the same day, in the evening, a Bayern match was also scheduled. Mark flew to the other side of the border, missed the first half, and played in the second half.

9. In 1986, in a match between West Ham and New Castle, Alvin Martin scored a hattrick against three different goalkeepers. He scored the first goal against Martin Thomas but was replaced because of injury. Alvin’s second goal came against the stand-in keeper/defender Chris Hedworth, who got injured as well. The last goal was against Peter Beardsley.

10. A handful of countries in the world call football by a different name. America and Canada call it soccer because both countries have an existing sport called American football and Canadian football, respectively.

11. The first-ever international football match recognized by FIFA was played between England and Scotland on November 30, 1872.

13. In contrast to the demands of the game, Kazuyoshi Miura is 53 years old and the oldest football player. He plays in the forward position for Yokohama F.C. for the past 34 years.

14. One of the most outrageous facts about football is that only two footballers in history have scored a goal in every minute of a 90-minute game. Cristiano Ronaldo and Zlatan Ibrahimovic acclaimed this feature.

15. The record for most goals scored by a goalkeeper is with Rogerio Ceni, and the difference between him and the second-position holder is more than double. Ceni scored 131 goals playing for Sao Paulo F.C. and is also among the 10 highest goal scorers of the club.

16. A Romanian club holds the longest unbeaten streak in football history. It stayed unbeaten for 106 matches and won straight five league titles, including the European Cup. The club was undefeated from 1986 to 1989.

17. The former Chelsea and Barca striker, Eidur Gudjohnson, made his debut for Iceland at 17. But he was substituted in the second half by his father, in the rarest incident.

18. During World War II, the World Cup trophy was hidden in a shoebox. Ottorino Barassi hid the box under his bed after taking it out of the Bank of Rome.

19. In contrast to the popularity of football, the match between Thames AFC and Luton Town drew only 469 people in a ground with a capacity of 120,000.

20. The mighty Brazil, the team who has won the World Cup five times, has beaten every team they played against except for Norway and Senegal.

21. Robert Prosinecki holds a unique record for scoring World Cup goals for two different countries. In 1990, he scored for Yugoslavia and for Croatia in 1998.

22. Oleg Salenko won the Golden Boot after scoring six goals for his team, despite the fact that they were eliminated from the group stage, in the 1994 World Cup. Also, those were the only goals Oleg ever scored in his international career.